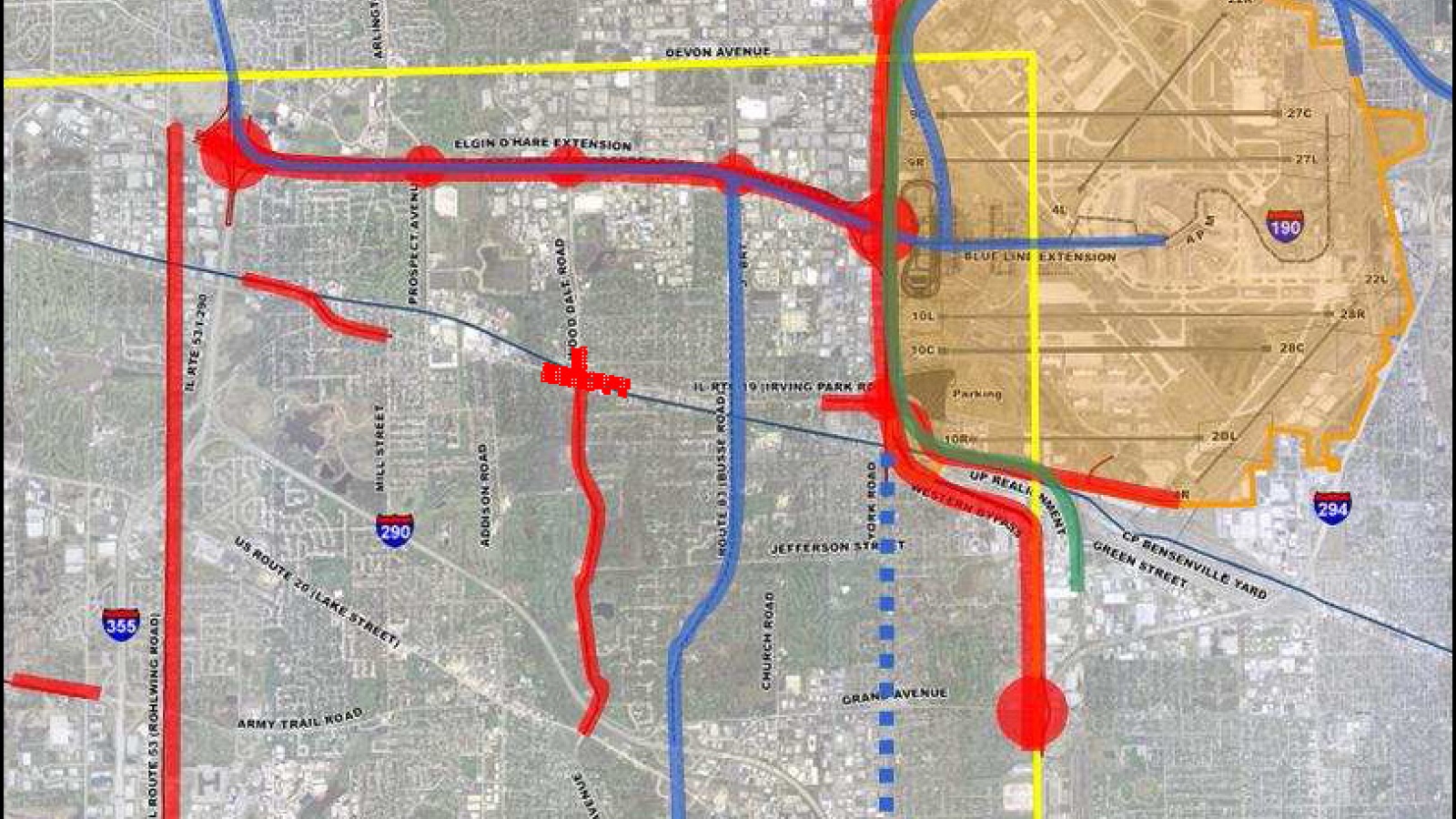 SB Friedman was engaged by DuPage County as a part of a team headed by TranSystems to work with the DuPage communities in the area of O’Hare Airport to create a vision for future development in this area. The future vision involved a study of transportation, economic development and land use opportunities generated by the proposed implementation of the O’Hare Modernization Program (OMP) and related transportation infrastructure. Our role in the study was to prepare an economic impact study that quantified the economic development opportunities arising out of the OMP implementation.

The OMP, as proposed, includes the reconfiguration of O’Hare’s runways, the addition of a new western terminal facility, and provision of a western access, amongst other improvements. Implementation of the OMP is expected to substantially reduce current delays and congestion at O’Hare and increase flight capacity to meet future aviation needs. Additionally, new transportation infrastructure is being planned including the Elgin-O’Hare Expressway and Western Bypass, to mitigate the traffic impacts on the existing roadway network around the airport.

Most prior economic impact studies on transportation infrastructure focus only on economic activity generated by construction, operations/maintenance of airports and increased visitor spending. However, SB Friedman’s analysis extended beyond visitor spending and operations. Our analysis recognized O’Hare as a gateway to the rest of the nation and the world, and specifically modeled the economic development opportunities that arise as businesses gain enhanced connectivity to markets outside the local region. Similarly, SB Friedman’s analysis for roadway improvements explicitly modeled the wider economic benefits of improved travel efficiency to businesses in the form of reduced transportation costs, their ability to access new markets, and their increased size of labor catchment areas.

We analyzed the economic impact of the OMP and related roadway projects using an integrated package of REMI TranSight Airports and REMI TranSight software that specifically deals with air and ground transportation related economic impacts. SB Friedman’s economic modeling showed that the implementation of the OMP and related roadway projects would generate $10 billion in economic activity and 44,000 jobs in DuPage in 2030. SB Friedman’s analysis also projected population change and the annual net fiscal impact on local governments in the County.

Results: The economic impact results were presented publicly by the DuPage County Board Chairman and were published in various newspaper articles.

Land Use and Transportation