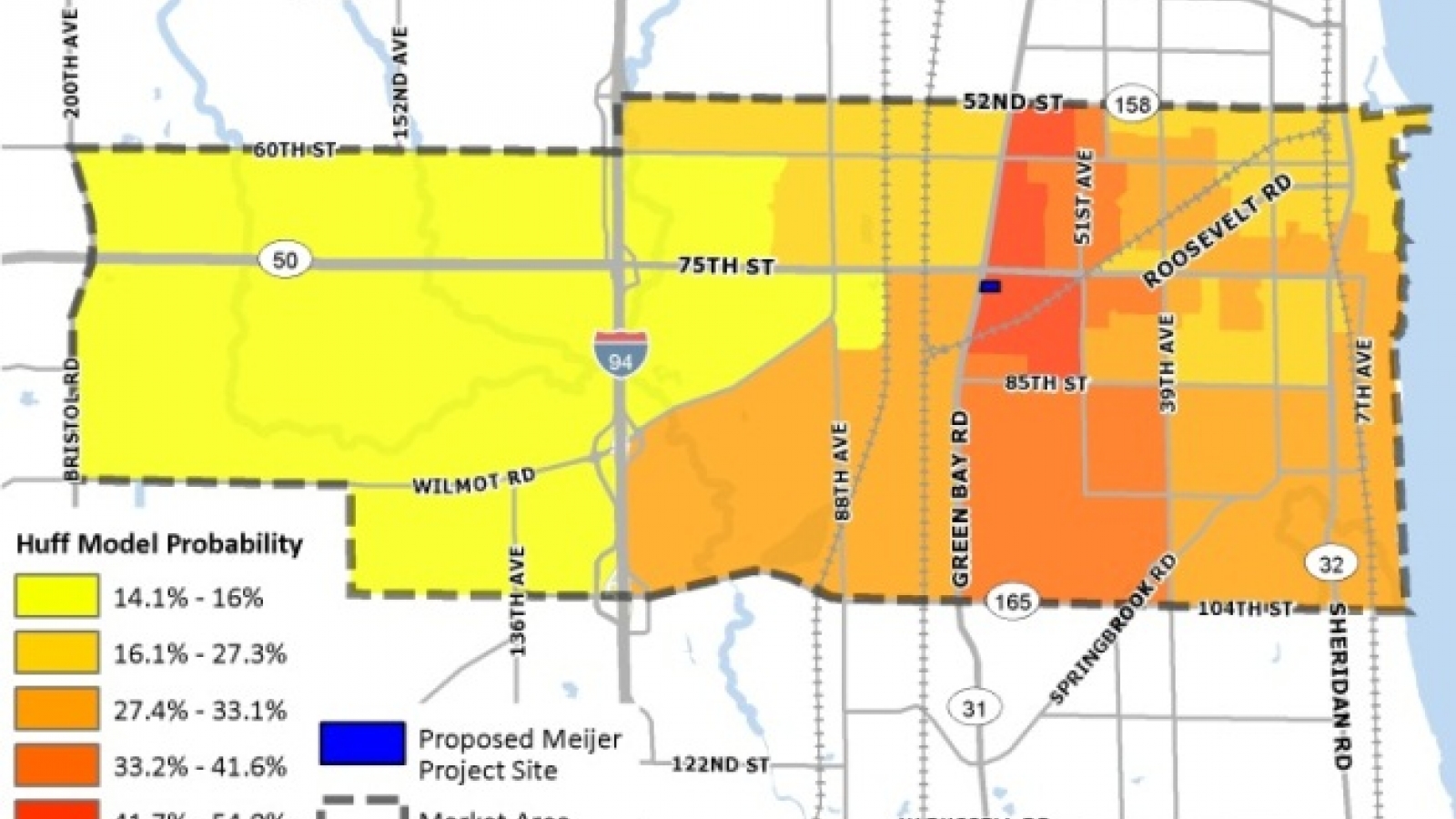 In November 2011, and again in March 2013, the City of Kenosha engaged SB Friedman to conduct economic impact assessments of three proposed supercenter developments – two Walmart stores and one Meijer – seeking Conditional Use Permits. We evaluated the positive and negative impacts of the proposed stores on job creation, including the quality of jobs compared to other retail positions, property values, and the property tax base, as well as indirect impacts on existing retailers in Kenosha, retail jobs and consumer prices.

SB Friedman conducted comprehensive interviews with existing grocery and general merchandise stores in Kenosha to gather data on current employment, wages and sales, and to understand the expected sales and employment impacts of the proposed supercenter stores on existing stores’ operations.

Our scope included a quantitative gravity modeling analysis to determine the impact of the proposed stores on sales of existing retailers in Kenosha. Gravity modeling analysis is a Geographic Information Systems (GIS)-based spatial analysis that synthesizes the competitive supply of retail in a region with consumer demographics and retail spending potential, and can be used to determine the estimated sales of new stores. The sales potential of the new stores can then be used to determine market share and assess the effects of the new retailers on sales of existing stores. After collecting detailed demographic data and estimating local consumer-spending potential in selected retail segments, we developed gravity models tailored to the particular Walmart or Meijer store type, the distinct market areas we constructed for each store, competitive retailers and consumer-spending potential.

We also developed full economic impact reports, detailing direct impacts on employment and property taxes, and indirect impacts on sales at existing retailers, retail jobs, wages, and, in the case of the Walmart stores, consumer retail prices. We presented estimates of reductions in sales at competitive grocers and general merchandise retailers in Kenosha based on our gravity modeling, as well as a summary of expected sales and employment impacts described by existing store managers.

Results: We provided economic impact analyses to the City for use in consideration of whether to approve the requests for Conditional Use Permits to develop the proposed stores. Walmart is currently pursuing other opportunities in the region, so no City Council vote has been held. The proposed Meijer store is still under consideration. 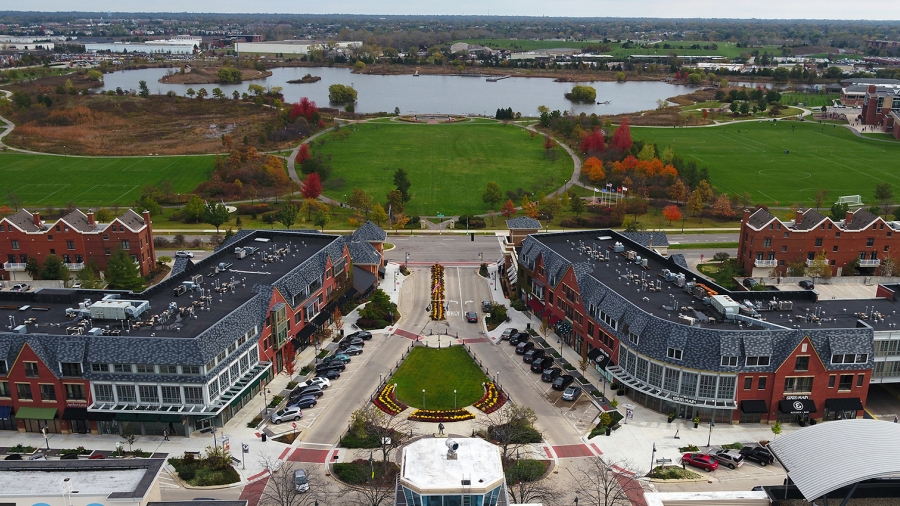 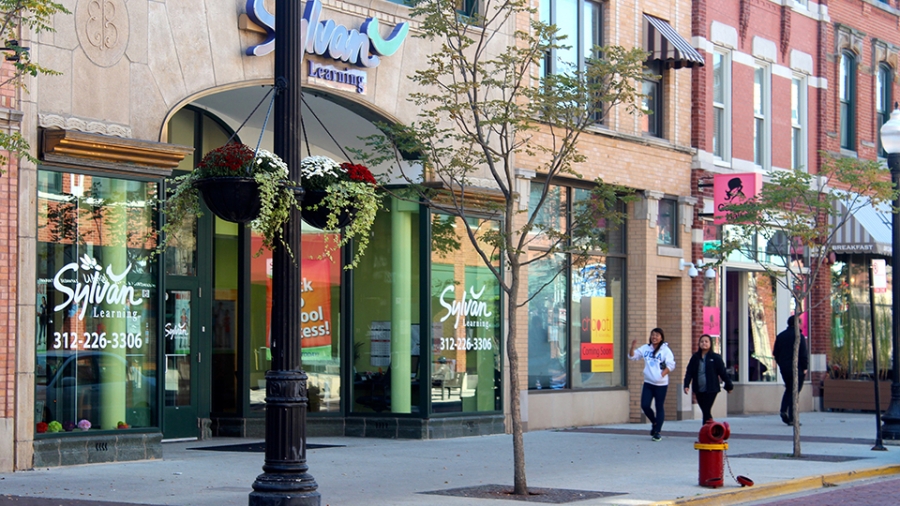 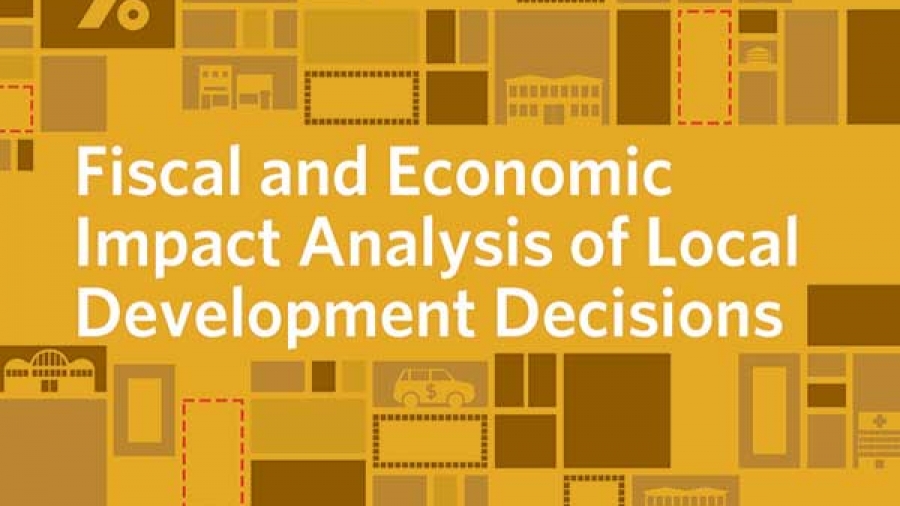